What is the Omnium

We have borrowed the term from track cycling, which see cyclists take on a range of different events, in a best all rounder style competition. We are very excited to be bringing the format into the running world, in a fun and friendly event which is open to everyone, just like all our events.

Runners will take part in four to five events, usually all on one day, sometimes on two, and they are awarded points based on their finishing position; 1 point for first, 10 points for tenth etc. The overall standings are based on cumulative points, with the lowest score finishing first overall. All events are given equal weight, so a consistent and measured performance across the events is key. We will also be introducing slightly lower age restrictions on the Endurance events (as this is not a UK Athletics affiliated event), so this could be a great leveller between young speedy runners who will gain a lot of points on the Sprint, and the runners with more stamina who will pick up more points in the longer distance events.

The minimum age for the Bronze is 12 years old, Silver is 14 years old, Gold is 17 years old and Platinum is 18 years old.

Registrations on the day are £5 extra. 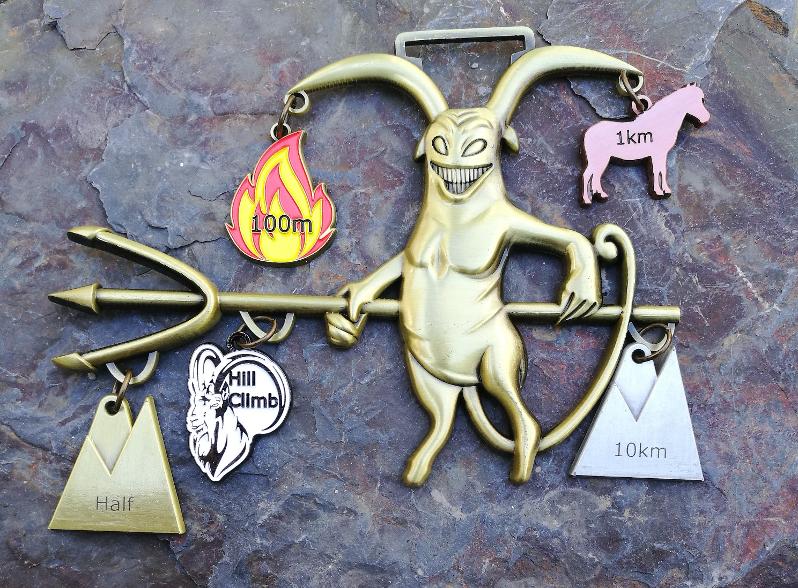 The highly coveted Gold Omnium Medal has 5 attachment medals and has races across two days; 1km + 100m + Hill Climb + 10km on Saturday, PLUS Half Marathon on Sunday. The Gold Omnium is 17cm across! 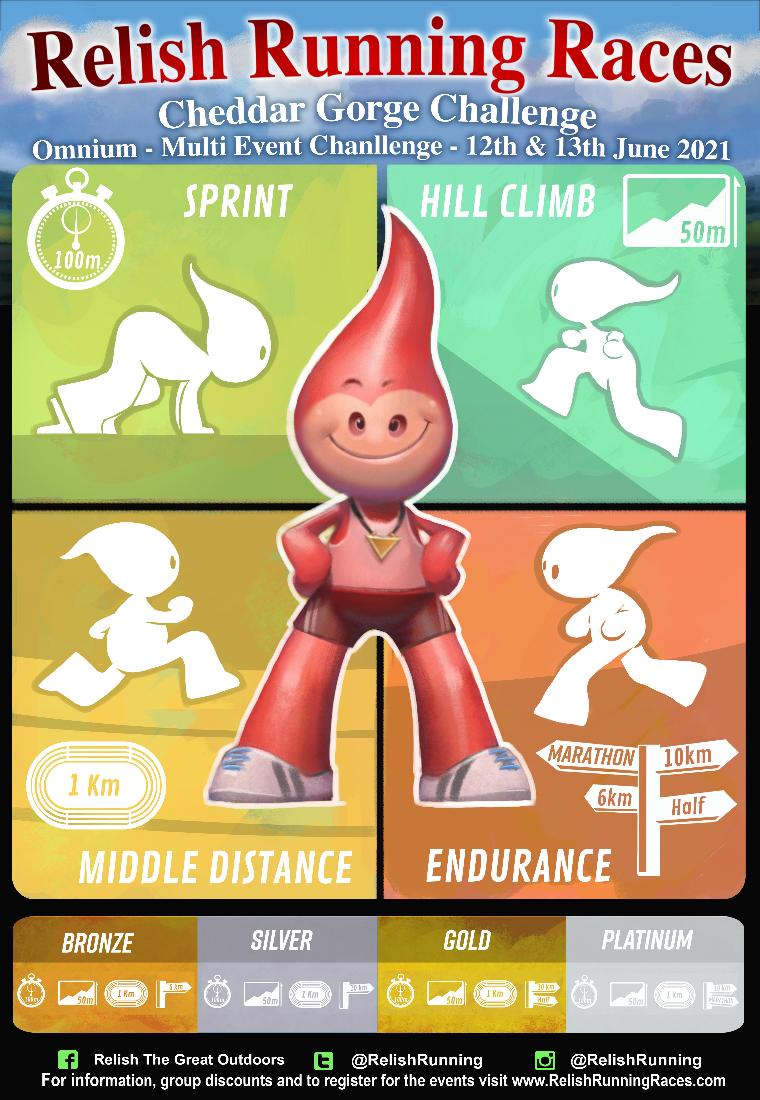 The shorter duration events, eg Sprint, Hill Climb, Middle Distance, will see groups of runners taking part in different events at the same time. You will select your Group when you register. For example (see each individual Race Info page for confirmation of times for the Cheddar Omnium)

The shorter events will be work from an individual time trail format, eg one runner at a time setting off at fixed intervals. Once everyone has completed an event then the waves rotate to the next event. The final event will be the Endurance event which sees everyone compete together. Results and cumulative points and standings will be posted live to our website during the events, subject to good internet coverage.

An event for everyone

The beauty of the Omnium is that all events are given equal weight, so it is great leveller between speed and endurance. Regardless of your pace or ability, this really is an event for everyone. Our vision is to have the run route of each event lined with those runners who are not taking part at that particular moment, ringing cow bells, cheering every single runner across the line.

Omnium Event Categories and Descriptions - each Omnium is different

Hill Climb - a vertical height gain of between 30m and 50m, roughly 500m in length

Middle distance - a flat(ish) run of between 800m and 2km

Endurance - a trail run between 5km and half marathon (All distance options open to all. For events with multiple Endurance distances on offer, a different final classification will be produced under names Bronze, Silver or Gold Omnium. For example 5km is Bronze, 10km is Silver, 10km + Half Marathon is Gold Omnium)

All our finishers receive a top of the range custom medal as well as a buffet of fresh fruit and other tasty treats. We also recognise a few of the speedy runners on the following basis.