Registrations open for the 2023 Marathon

The 2 lap looped Two Tunnels Half Marathon course takes in the the best of the countryside views along the Limpley Stoke Valley as well as beautiful city centre running through the heart of Bath along the footpaths and riverside trails.

There is a cut off of 3hrs to complete the first lap which is roughly 13.3 miles long.

The Bath Marathon is a beautiful marathon making the very most of gorgeous Bath city centre and surrounding historic countryside by following off road trails in and around the city. 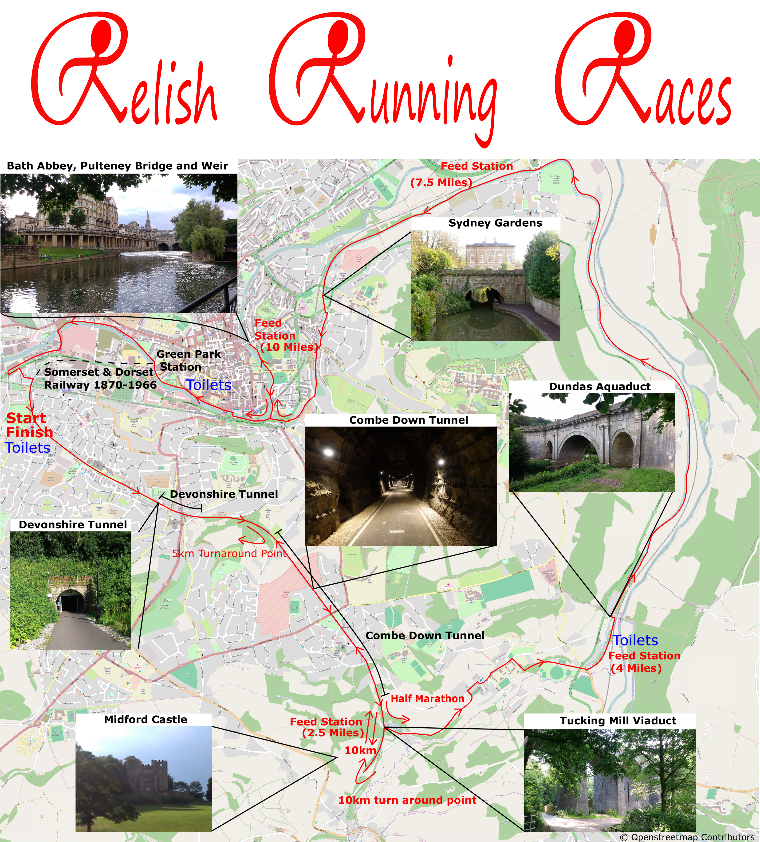 There is a cut off time of 3hrs to complete 1 lap of the marathon, approximately 13.3 miles.

Upon exiting Combe Down Tunnel runners head over Tucking Mill viaduct. Runners turn left after crossing the viaduct and towards the steps to Tucking Mill reservoir. Following the public footpath leads runners onto Tucking Mill Lane past the house of the world renowned Geologist William Smith who produced the first Geological Map of the country. Tucking Mill Lane is not being closed by the race so there may well be traffic along this section. Please be careful, stick to the left hand side of the road, and follow the direction of the marshals.