Course Description - to be updated to match new map below

The Cheddar Gorge 5km and 10km start at the top of Cheddar Gorge (even we thought it would be tough to ask you to start at the bottom!). There is a gradual rise to the 1km marker where runners enter Piney Sleight were the terrain levels off. Just after 2km there is a short, steep and stoney descent. Runners taking part in the 5km will make a right turn down to the bottom of the gorge (the dotted line), where as the 10km runners will power up the other side of the short hill and carry on along the top of the Gorge. To runners right, is a great view of Velvet Bottom through the trees, where they will run later.

After a decent down to the 3km point, runners will make a left to run out and back section along Velvet Bottom. This area is steeped in history; the whole area has been extensively mined from the Roman times through to Victorian. This area is generally flat, though runners will have to clamber over 10ft high walls which form the old mineral settling pools from the lead mines. Keep an eye out for runners heading the other way!

Runners now pass the drinks station for the second time before passing through the imposing cliff face at Black Rock. A right turn at 7km, turns runners on to the most challenging part of the course on to some rocky terrain. We are now at the bottom of the dotted line on the map, and 10km runners rejoin the course taken by the 5km runners. Both sets of racers will have a few steps to climb, followed by wonderful views from the very edge of the Gorge all the way to the 9km point.

The final descent awaits, a very steep run down to the registration area at Strawberry Fields, which will retrace the route taken by athletes to the top of the Gorge. A sprint finish along the top of one of the old Strawberry growing walls will see runners to the finish in an amphitheatre style atmosphere! 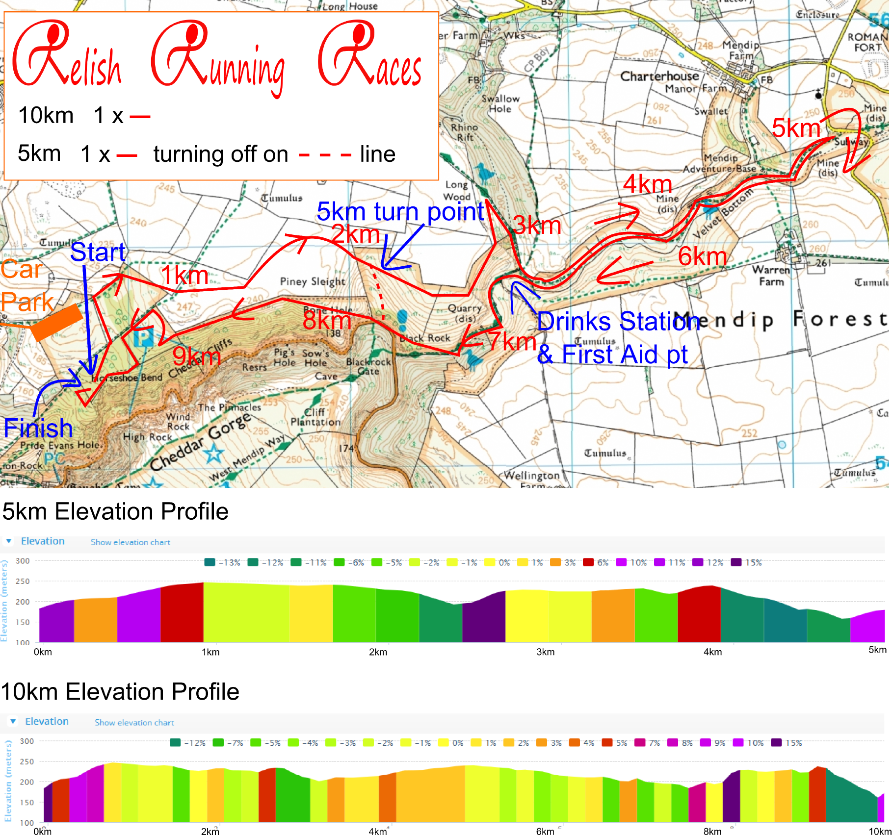